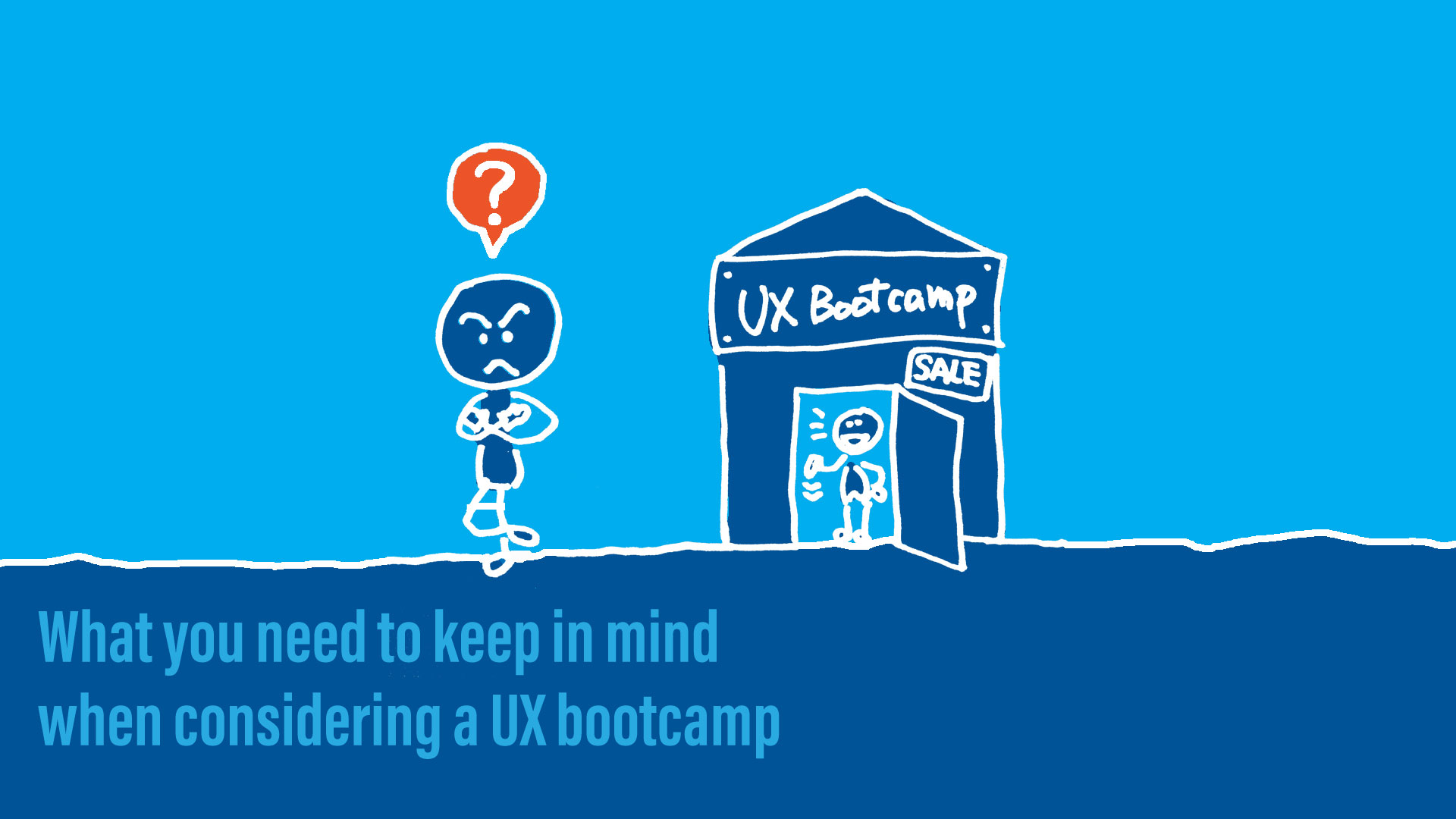 So UX bootcamps have become one of popular paths to become a UX designer. In principle, having various educational options and opportunities are good. But there are certain things that you need to be aware of and keep in mind when considering taking a UX bootcamp.

I totally understand that choosing what’s best for you is a stressful process, because there are so much information out there, and people say different things. Obviously when you try to put in your hard-earned money, you really want to make sure that you are putting it to the right one. Some people desperately wants to know which UX bootcamp is the best.

But here is a reality.

There’s probably no one who can precisely answer that question, because there’s no one who has ever taken ALL the existing UX bootcamps!

With that said, I wanted to bring up a few key things to keep in mind to help you find the best way to move forward.

1. Bootcamp certificates don’t mean anything to hiring managers and recruiters.

Your portfolio does. Your college degree still does to certain extent, which acts as a filter when hiring managers and recruiters have to go through thousands of resumes.

2. Be careful if a bootcamp course includes coding as mandatory.

That’s a warning sign. That’s their tactics to charge you more money. Coding is absolutely not necessary for a UX designer. Check out my other article dedicated to this topic.

3. Don’t think just finishing a bootcamp will make you an experienced UX designer right away.

It doesn’t. Being a UX designer is a journey of continuous learning. Bootcamp is just one part of that journey. You need to actually work on real UX projects to learn and get better, and that takes time.

Many bootcamps make bloated marketing messages around becoming a full-stack UX designer who can code, or immediately getting a job with a high salary right after graduating. Some bootcamp graduates seem to become victims of this, resulted in showing arrogant attitudes thinking they know everything but they don’t.

They keep pumping out bootcamp grads to the job market, which caused many lookalike candidates with identical portfolios following the same process template. This happens more with larger bootcamps because of the scale factor. You need to be aware of this so that you can differentiate yourself from the crowd.

Sometimes you get unlucky, and have assigned an inexperienced instructor who just graduated from a bootcamp. This might be due to bootcamps trying to take more students than their own capacity to grow their businesses.

These altogether start generating some negativity towards big-name bootcamp grads among some hiring managers and recruiters.

It finally comes down to how much effort that you put into whichever course you end up taking, and keep learning with a humble mind even after completing the course.

Because taking a course is only the beginning.  Being a UX designer is a journey of continuous learning.

As long as you have this right mindset, which exact bootcamp or online course that you end up taking becomes less important.

Below are some interesting articles about bootcamps that you might want to check out.

Questions you need to ask before going to a UX Bootcamp

The UX of Getting Started in UX