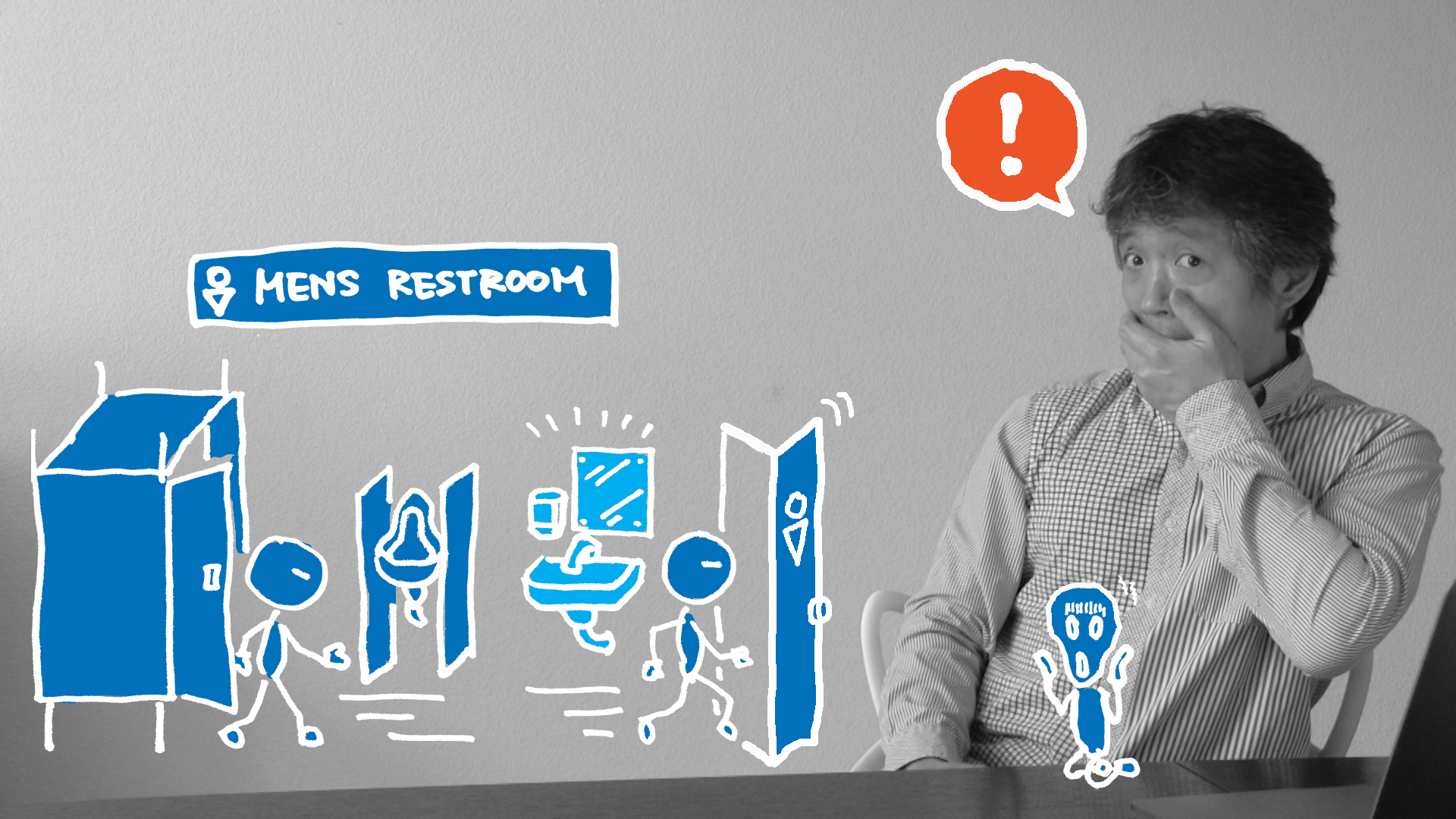 Before this pandemic, I used to go to cafes quite often. When I did, I would do my work, read books, or just chill out, with a nice cup of coffee. When I stay at a cafe for some good amount of time, naturally I need to use a restroom. That gave me quite a bit of opportunity to experience and put my thoughts on UX of public restrooms.

From my perspective as a UX designer, public restrooms have so many UX problems that can go wrong, and it’s a really interesting opportunity space to think through user experience at various levels.

I know, it’s nothing fancy, rather disgusting in a way, right?

Public restrooms are weirdly unique spaces in a sense that it’s a private tiny space in the middle of a public area.

It’s a space where hygiene is at the front and center.

It’s also a place where your user experience is heavily affected by how a previous person used it.

A user experience of a public restroom is a combination of human behaviors, psychology, and physical interaction design.

From my cafe experiences, one of the most shocking things that I found was that many people didn’t wash their hands!

I knew that not everyone washes their hands after going to a restroom.

But I was quite shocked to witness that there were so many people who didn’t wash their hands at all!

I was only able to observe this in mens restrooms where a public sink was exposed so that I could see people not washing their hands before exiting  the room.

This scared me because some restrooms had sinks hidden inside a locked door.

In this setup, you never know if a previous person came out the door with their clean hands or not.

I wonder if the pandemic changed people’s behaviors, now that a thorough 20 second hand wash has become an expected behavior from healthcare professional’s perspective.

Another thing that I experienced was that I came across many times with a toilet bowl where a previous person did not flush.

This is quite depressing.

But unlike hand-washing, this could be the result of technology flaw, such as auto-flush mulfunctioning, or a person flushed manually but the toilet had some mechanical flushing problem which resulted in not completely flushing the remains.

Or it could be that it did flush but the flushing power was not enough to remove everything in the toilet bowl.

But either way, if you care for the next person, you should make sure that everything is completely flushed before you leave.

In today’s pandemic situation, we are all tested whether we only care about ourselves, or we have a conscience enough to care for others.

Be it a social distancing, or wearing a mask in public, all these are not just for ourselves but for others to prevent infections.

Will people change their behaviors towards something better once the pandemic settles down?

My guess is yes to certain extent, but may have a very little effect to those who need to change the most.

It’s very hard to change people’s behaviors unless there’s a huge benefit in doing so.

Which brings up this question:

Is there anything that a user experience designer can do to change these people’s behaviors?

I don’t have an answer for it, but it’s an interesting, challenging problem to solve.

This reminds me of the urinal fly: a picture of a fly in the urinals at Amsterdam Schiphol Airport.

According to them, it reduces about 50% of the spillage, because many men tend to aim at this target.

This is a clever idea taking advantage of human behavior and psychology of men and implemented the design.

Maybe a similar line of thinking could be applied to solve hand-washing and flushing problems.

It’s been more than two months since the last time I went to a cafe and used a public restroom.

I am curious to see how this pandemic affected people’s behaviors or not.

By the way, in this article, I touched upon hand-washing and flushing problems. But there are so many other UX problems in public restrooms too, which I might want to write at another time.

Regarding a story on a different cafe experience, check out this article!