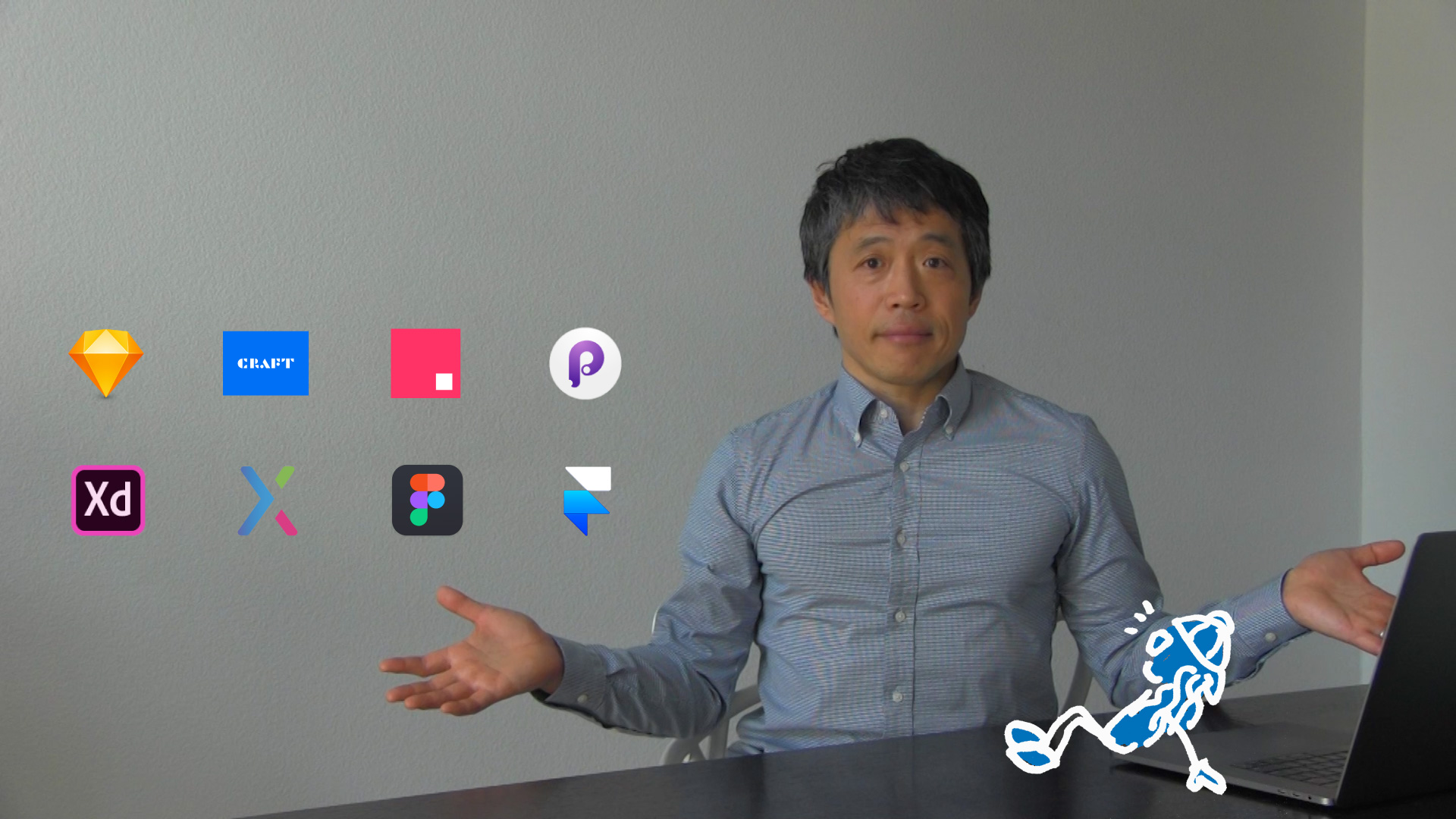 Lot of people new to UX want to know which UX prototyping tool they should use. Prototyping is critical part of UX process. Important thing is how you think and use a tool to visualize your ideas so that it becomes communicative to others. To do so, you need to be proficient enough with a tool, so that you don’t become a slave of it.

The whole point of prototyping is to quickly test and evaluate concepts before its too late. Therefore, speed and ease of use are critical.

Most of today’s popular prototyping tools have what is called “stitch screens with wires” interaction model.

This is a very intuitive way to quickly make a prototype, just by linking from one screen to another to create a transition.

To make these transitions feel natural when interacting with a prototype, you need some transition effects. These include simple fade, slide in, and more sophisticated animated effects. This is where Sketch falls short.

Other tools such as InVision Studio, Principle, Adobe XD have better transition effects with fine-tuning capability.

The good news is, most of these softwares have some sort of compatibility with Sketch, and it works very similar to each other.

In today’s mobile-centric world, running a prototype on a mobile phone is becoming more and more important. Sketch does have a mobile app called Sketch Mirror to support this, but the app needs to be used while you have your Sketch file open on your Mac, and both your Mac and your mobile phone need to be connected to the same wifi network. This means you cannot share your prototype with your team members online on mobile.

This is also where other tools are better, such as Craft plugin for Sketch, InVision Studio, Adobe XD.

These days, collaborating with other designers seamlessly is becoming more and more important. Sketch has Team feature, but with additional paid subscription.

All these information might be quite overwhelming for beginners.

So here’s a good news for you!

It gives you a comprehensive overview of today’s 8 most popular prototyping tools.

It gives you a comparison of these 8 tools in various factors such as price, basic prototyping features and so on.

It also walks you through each tool with its pros and cons, and uniqueness.

It should give you a thorough understanding of 8 popular tools, to help you make a smart, informed decision on choosing which tool to start, and which tool to use for what purpose.

Also, if you haven’t downloaded my UX Resource Map yet, download that too for free!

It’s a must-have tool for a UX beginner with full of useful resources.

Also, check out my other article, a prototype is worth a 1000 pictures!

One Reply to “#26 What are the most popular UX prototyping tools?”