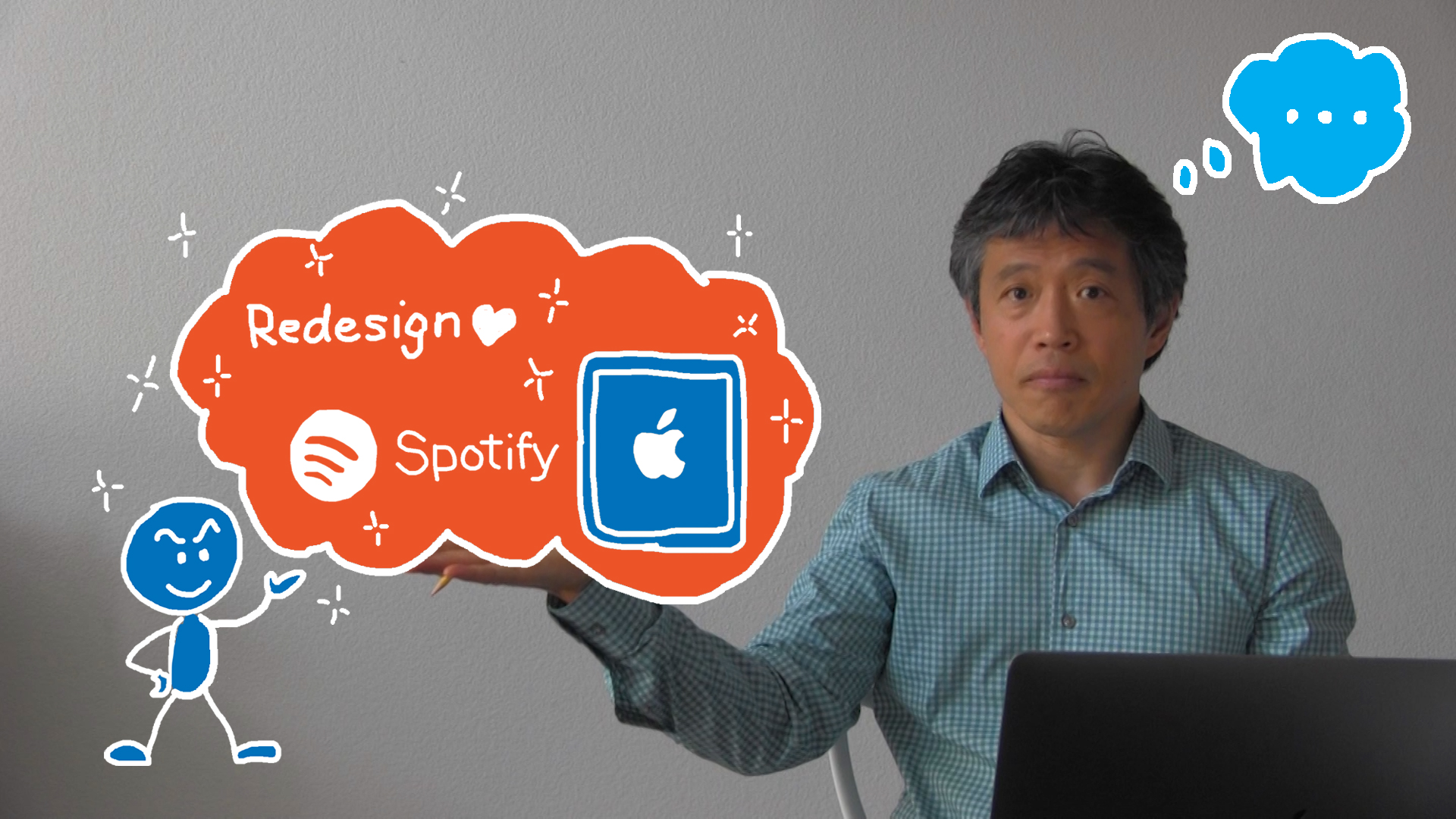 Many people tend to jump right into a redesign project of popular products and services such as Spotify or iPad for example.

While there’s nothing wrong with this and it may sound cool on its surface, this approach is not the most effective way to work on your own UX project to be put in your portfolio.

Framing a project as “redesign of XYZ” is basically generalizing your project by claiming that the core focus of your project is the “redesign”.

But the term “redesign” is very generic and bland.

As a result, it gives a very generic impression to its audience that you don’t have a clear focus or intention on your project.

Redesign sounds like you just did a visual refresh of the given product or service without putting much thoughts on it.

UX is all about solving user’s problem.

From a hiring manager’s perspective, a project that focuses on solving a specific problem is much more insightful and valuable to see how a candidate tackled the problem.

Framing your own project is important part of your UX work, especially if it’s a project that you created on your own.

So framing your project as generic as “redesign of XYZ” is probably the last thing that you would want to do.

To me,  framing your project as “redesign” is almost the same as saying you didn’t put much thoughts on your project, and you don’t exactly understand what UX is.

I would strongly recommend not to frame your project as “redesign of something”.

Instead, be specific on what UX problem you are trying to solve.

Look around you, and you will find quite a few products or services that you use on a regular basis that have UX problems that you always get frustrated with.

Picking one of such problems and defining it clearly is a good way to start your new project, focusing on a very specific problem.

It’s perfectly fine if you went through this exercise and you ended up choosing a popular product as a result of it, as long as you have a clear focus on what problem to solve, and define it clearly.

Also check out How to work on your own UX project.