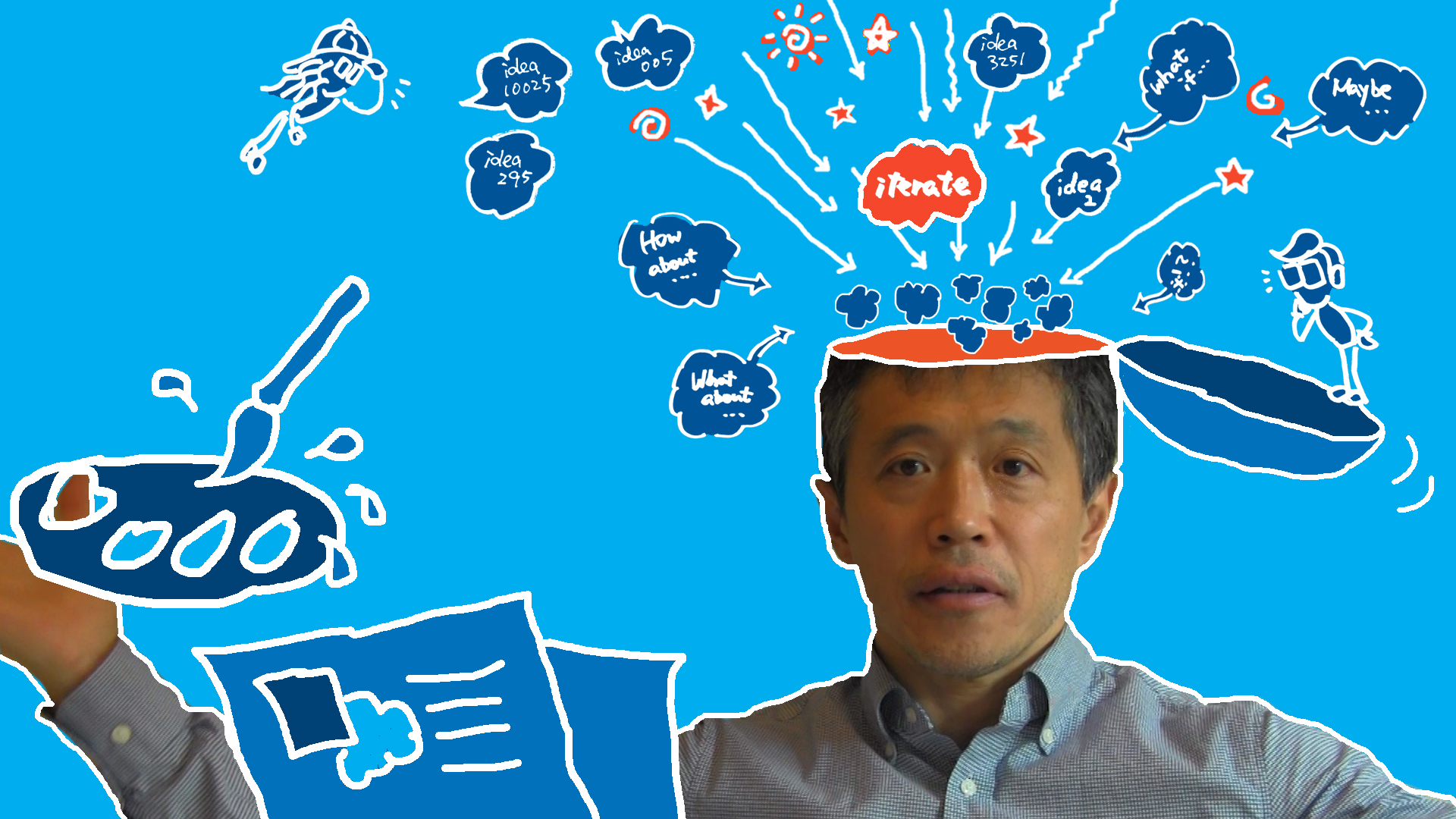 In today’s fast-paced, complex world of interactive products, designers tasks are no longer done by an individual contributor anymore.

Individual contribution is still important, but almost always in the context of team environment.

Sharing, absorbing people’s comments and ideas including your own, and then iterating the original ideas into something new and better quickly becomes the key and critical factor for a success.

So what do these all mean to you as a UX designer?

This means that you should always be open to various inputs from various people, and be prepared for constantly iterating your ideas.

You should always be taking notes, voice memos, pictures, screenshots/etc for any bits and pieces of ideas.

These ideas not only come in during proper channels such as work emails and work slack messages.

It could come through personal chats, messaging, emails from casual small talks in person or via zoom calls/etc.

It could also come to you when you are not officially in a work mode, or not even in front of your desk or a computer.

In fact, a lot of good ideas come to you when you are away from your work desk or a computer, such as when you are in a restroom, when you are taking a shower, running, walking, doing yoga, doing an exercise, doing dishes, cleaning your rooms, riding your bike, while driving, and so on.

In today’s world where we are constantly being overloaded by too much information, we sometimes feel that almost every possible idea has been tried out by many people so many times at various points in time around the world.

While this may be true to certain extent, it is also true that the “same idea” will always end up somewhat different when developed by different group of people in a different context.

And every single context for every single product or service will always be different to certain extent, even though some of them might share very similar conditions.

Good ideas are often a result of capturing various interesting ideas from various channels and combine those, and iterate those into something cohesive, by fitting those into the right mix in the most context-appropriate way to solve a particular problem it is intended to solve.

At this point, a UX designer is more like a facilitator, an organizer, who can  weave various ideas into one cohesive visual story quickly.

Also, in today’s highly collaborative team environment, the notion of “who’s idea is this?” is getting less and less relevant, as things are almost always the result of multiple people’s contributions, even though a UX designer in the team might be the one who put together the team’s ideas visually.

This line of thinking will help set you free from your own ego towards the ownership of ideas, so that you become a better team player.