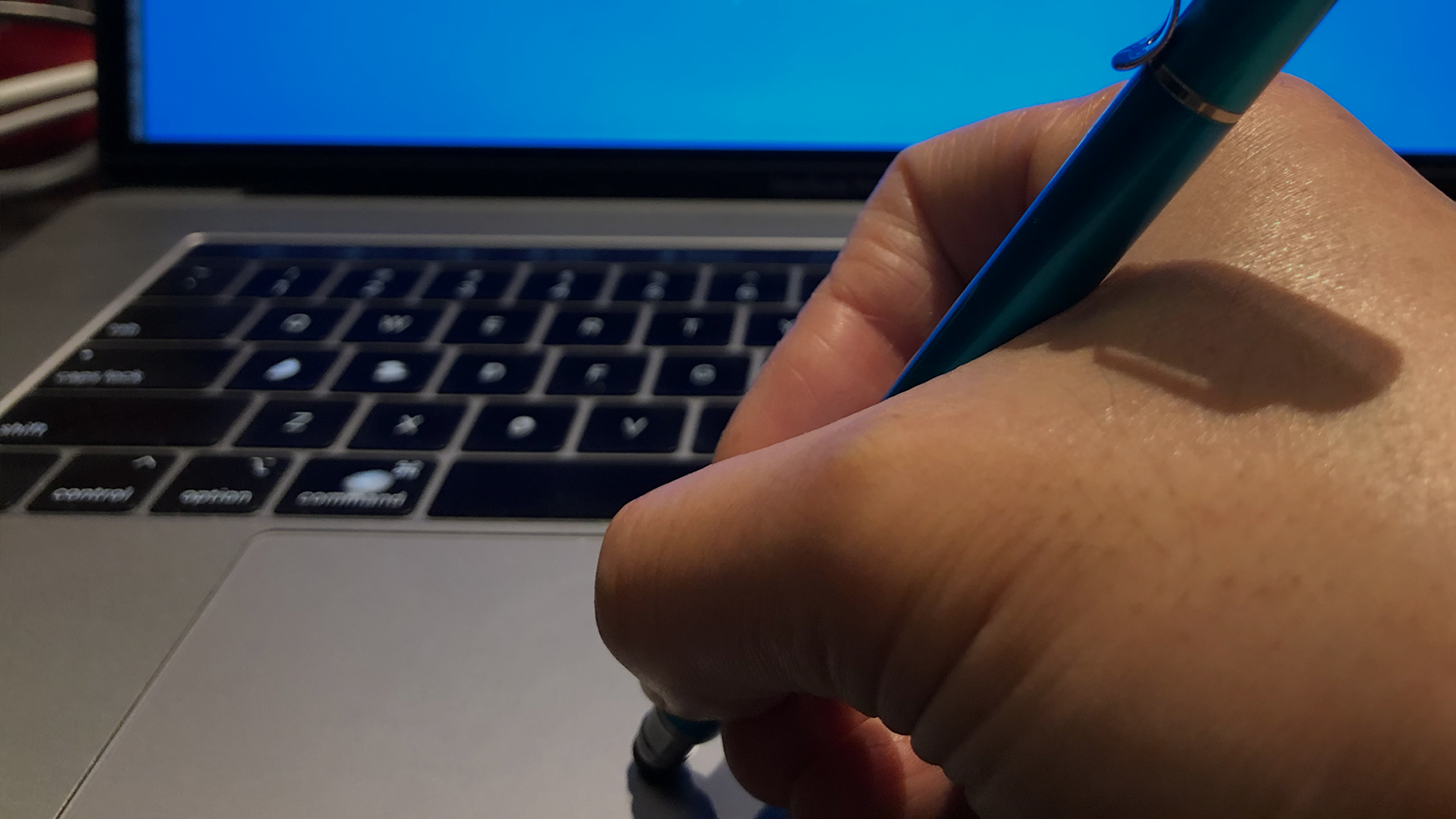 Wacom stylus is great for hand drawing sketches if you can afford it.

iPad with Apple Pencil is nice too.

But Wacom top-of-the-line products with a large display could cost a few thousand dollars. And Apple Pencil plus iPad Pro are almost $1000.

If you already have MacBook Pro, it has a fairly large trackpad.

Now a capacitive stylus on a trackpad is definitely not perfect. In fact you need to get used to three things:

You have to get used to applying light but enough pressure on a trackpad to make the stylus register its relative position on screen with relatively up-right angle.

This is quite different compared to when using your own finger. With your own finger, you hardly apply any pressure to the trackpad. It just works without you noticing it as soon as you put your finger on the surface of a trackpad.

But with a capacitive stylus, you need to consistently apply a light pressure to move around a cursor on screen. Then, once you want to draw a line, you apply more pressure to make the trackpad “click”.

For example, when you draw a circle with a stylus, as long as you are drawing a continuous line, everything is fine, the line keeps get drawn as you move the stylus with a firm pressure.

Now once you finish a stroke, and want to draw the second stroke, that’s when you need to register your stylus’s starting position.

When using a trackpad, you are actually doing this by moving around your index finger to find out where your cursor is on a screen. But while we are used to this behavior with a mouse or a trackpad, doing the same thing by applying a light pressure to a stylus feels quite different.

This is where more expensive solutions like Wacom and Apple Pencil on iPad provide better experience, so that you don’t need to worry about registering a new position of a stylus on a screen.

With Wacom stylus, it continuously registers the pen position even when a pen is off screen.

With Apple Pencil + iPad, you don’t have this problem because it’s a touch screen.

So if a precise control is super important for you and you can afford it, it’s definitely better to get Wacom or Apple Pencil.

But for more casual users, a capacitive stylus on a trackpad is a good affordable solution once you get used to it.