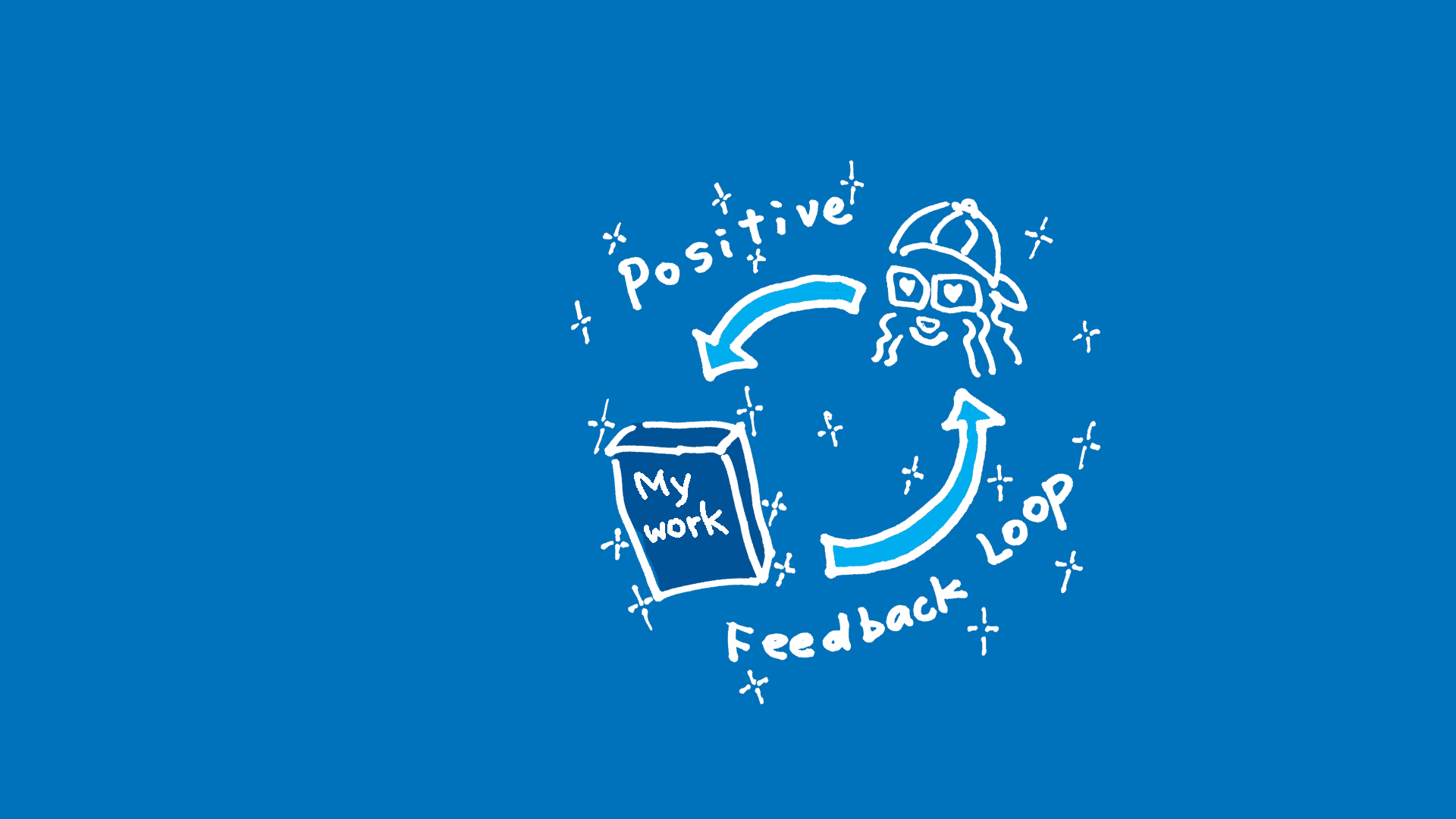 I cannot stress enough the importance of being hands-on.

What do I mean by hands-on?

One of unique abilities that a human has is to be able to think and imagine things that hasn’t happened yet.

This is great, so that you can simulate various scenarios in your head to be prepared for the future.

But at the same time, this ability sometimes gets in your way.

You tend to overthink too much of your future.

And when you do, you tend to think of negative scenarios, and start worrying about those which are totally illusionary!

One of the best ways to avoid this is to always remain hands-on.

Once you start focusing on your current concrete task for your UX project, it shifts your attention from illusion to reality.

Because concrete tasks are tangible and real, it allows you to start building a positive feedback loop between your work and yourself.

Once this feedback loop kicks in, your motivation kicks in too.

Concrete tasks such as creating wireframes has tangible output that you create.

As soon as you start seeing a tangible output, you start wanting to improve it.

Even if you get stuck in your own feedback loop, now that you have a tangible output, you can get other people’s feedback, which might give you a totally different, refreshing perspective.

This positive feedback loop is a very powerful mechanism.

It serves as an engine to keep your work moving forward.

Even if you start very simple and rough, you will be amazed how much it will grow to something quite interesting fairly quickly!

As part of being hands-on, it’s also very helpful to include physical works such as creating hand-drawn sketches for your concepts, creating task flows using post-its, for example.

Great thing about being hands-on is that the more different ways that you engage with, the more stimulation that you get, which fuels your positive feedback loop engine even more.

So, always be hands-on, start creating a tangible output, and start your positive feedback loop!

Talk to people around you and ask for comments and feedback.

Engage with physical activities to stimulate your 5 senses.

Create post-its and organize those on a wall.

Print out your wireframes and task flows and put those on a wall or a table.

Being hands-on is the key.

It initiates a positive feedback loop, which takes you a long way.